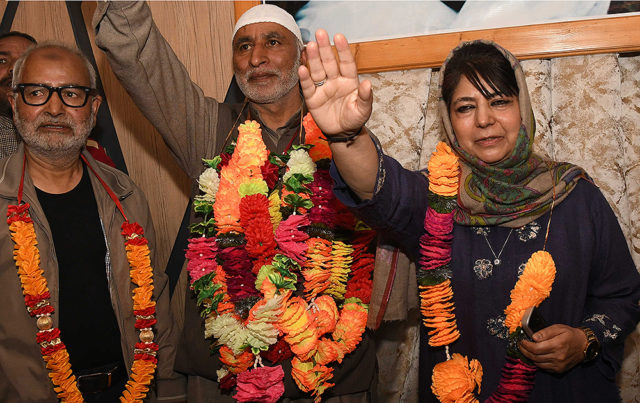 Welcoming Bhat into the party fold, Mehbooba hoped that his entry will further strengthen the party in the constituency and said that Ganderbal has played a historic role in changing the political narrative of Jammu and Kashmir and when PDP initiated its struggle to bring change, it began with  Ganderbal.

The PDP president added that the victory party registered from there changed the narrative not just of Kashmir but of entire sub-continent.

Prior to being Congress party’s district President in Ganderbal, Bhat has also discharged his duties as  Constituency  Incharge of NC in the district.

Besides, Mehbooba and Akhtar, other PDP leaders and functionaries who were present on the occasion include  Bashir  Ahmad Mir, Zahoor Ahmad Rather, Ghulam Nabi Shaheen, Mohammad Shaaban, Abdul Waheed Dar  and several others.