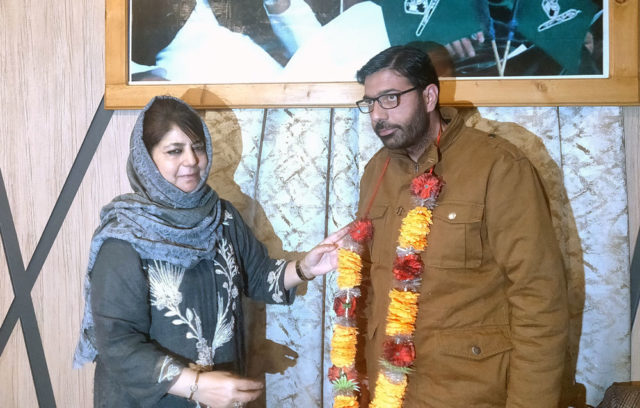 According to the party spokesman, Hussian who joined the PDP along with hundreds of his supporters and activists has been active in Pattan assembly segment for the past decade and has been in the forefront in highlighting the hardships faced by the people of his area. Hussian secured more than six thousand votes when he contested from Pattan assembly seat in the year 2014 on Democratic Party Nationalist ticket. Before joining the PDP, Hussain remained associated with Awami Ittehad Party.

While joining the PDP, Hussian said that his main reason to join the PDP is to get the people of his area out of the squalid conditions and stop parties with nefarious designs from exploiting them politically.

PDP President Mehbooba Mufti has welcomed Hussain’s decision of joining the PDP, hailing his pro-people services and earnest desire to serve the society.