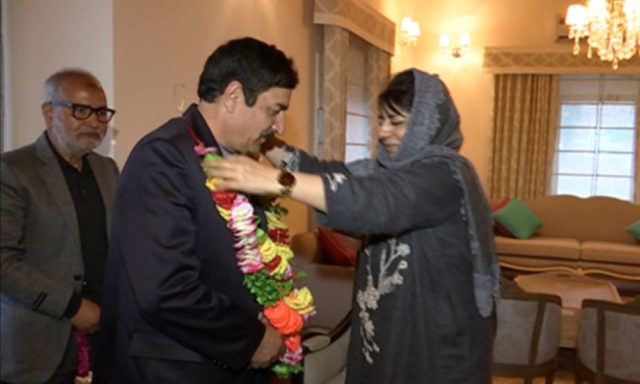 According to the PDP spokesman, both Wani and Saloora were welcomed into the party fold by patron Muzaffar Hussain Beigh and President Mehbooba Mufti.

Mehbooba while welcoming Wani and Saloora termed their entry into the PDP as a positive step towards party’s overall growth and execution of its agenda of peace and reconciliation.

Both the new entrants stated that the PDP has become an emblem of peoples’ aspirations in Jammu and Kashmir and that  the glint of light shown to the world by party founder Mufti Mohammad Sayeed in the year 1999 has now become a resplendent torch, showing the aggrieved, unrepresented and distressed masses a way towards permanent prosperity.