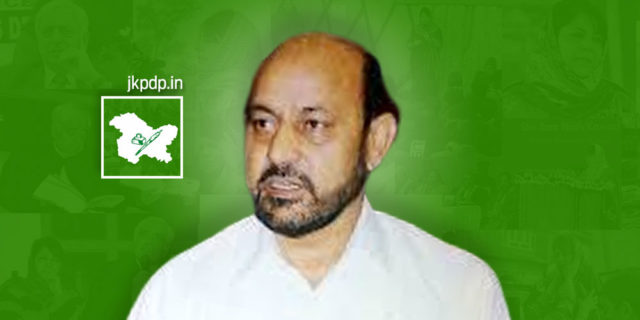 “Calling Burhan Wani a terrorist is spiteful and insulting to say the very least. Farooq Abdullah’s statement has once again unveiled the real ideology of NC and proved itself a party of shameless killers”, Shah said.

Shah added that Farooq Abdullah should know that it was his son Omar Abdullah’s government that forced Burhan Wani to take up gun after being humiliated and tortured along with his brother by forces under Omar’s watch. Farooq Abdullah should realize that it was sheer magnitude of despotism that forced entire generation to take up arms against deceit and disempowerment perpetrated by NC. Youth of Kashmir have rendered countless sacrifices to seek political solution to Kashmir problem and yet Farooq Abdullah calling entire generation as terrorists is shameless and brazen attempt to please his friends in Delhi.

“From pledging to lay the foundation stone of Ram Mandir at Ayodhya to calling Burhan a terrorist, Farooq Abdullah would go to any extent to please his masters in Delhi for his lust of power”, Shah added.

“Institution of sacrifices in Kashmir is sacred and Abdullah should at least leave it out of his petty politics”. Shah said.