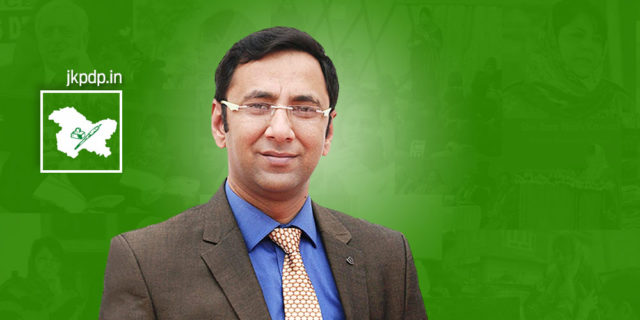 Jammu, May 8: Condemning the state administration move to extend detention of former minister Naeem Akhtar under draconian Public Safety Act, Peoples Democratic Party Friday said that the Kashmir chaos theory of ruling Bhartiya Janta Party is not only bound to fail but it will have serious ramification as well.

“The latest move to extend detention of senior PDP leader and former minister Naeem Akhtar for another three months is an indication of BJP’s political vendetta against the mainstream political leadership of Kashmir”, former legislator and party spokesperson Firdous Tak said in a statement, here.

He said that the PDP leadership has always stood against the nefarious designs of Sangh Parivar and now the ruling party was finding it appropriate to “settle its political vengeance”. “It is now clear that the Union Government was not willing for any kind of political outreach in Jammu and Kashmir as such it is continuing with the illegal and unjust detentions of mainstream leadership in the erstwhile state”.

The party, he said, has time and again reminded those at the helm of affairs in New Delhi that there cannot be any alternative to political outreach and public sentiments cannot be curbed by force. “The continued detention of senior political leaders including former Chief Minister Ms Mehbooba Mufti, Sartaj Madani, Shah Faisal, Peerzada Mansoor, Ali Muhammad Sagar and house arrest of others will not help the BJP’s proxies to expand its roots in Kashmir politics”, he said.

“BJP is working on the implementation of chaos theory in Kashmir under which the mainstream political leadership are either to be discredited or silenced, media arm-twisted, democratic institutions smashed and administrative machinery hijacked”, Tak said adding that under this agenda the aspirations of people are to be curbed and new political aspirations pushed.

“The theory is itself chaotic and has proved counterproductive so far”, he said adding that the misconceived policies and attitude of vendetta and vengeance is only adding to the alienation of people. “Those at the helm of affairs are either too naive to gauge the mood at the ground or they have misunderstood the capability of general masses in Jammu and Kashmir”, he said adding that these people, making policies, must take a lesson from the history of the erstwhile state to enlighten themselves.