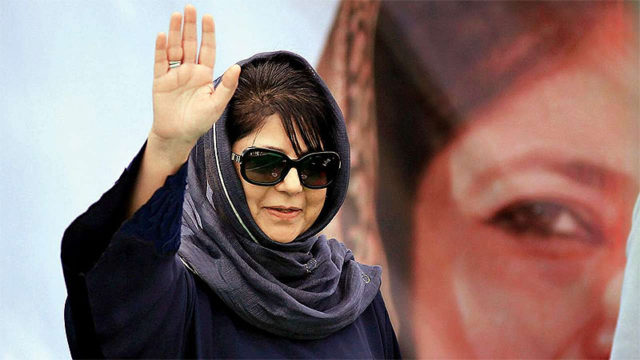 Party president, Ms Mehbooba Mufti today said Kashmir is a political issue and can’t be resolved through military might.

Ms Mufti said instead of taking cognizance of the brutality army unleashed on a youth, governor is diverting the issue by giving political sermons.

In a series of tweets, Ms Mehbooba said, “Kashmir is a political issue and can’t be resolved through military power. Army men hailed as heroes for their bravery also need to be held accountable if they commit human rights violations. So please lets call a spade a spade instead of accusing us of demonising the army. I have also spoken to the Core Commander to take note of this incident.”

“Instead of taking cognizance of the brutality that the young boy has been subjected to , and ordering action against the culprits , it is sad that the honourable governor is talking politics instead. Saddened to see the constitutional authorities taking sides so brazenly,” tweeted Ms Mehbooba in another tweet.