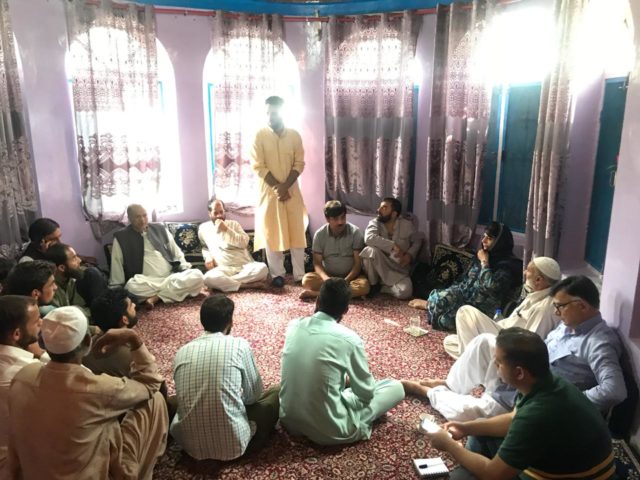 Srinagar, July 9th: Peoples Democratic Party (PDP) President and former Chief Minister Mehbooba Mufti has asked the central government to seize the opportunity and initiate dialogue with the separatist leadership after the later have expressed willingness to engage with the union government.

“In the past, union government and the top leadership at the center have engaged with the separatist leadership on multiple occasions. The central government through various channels pursued such an engagement even in when the separatists didn’t respond positively to such offers. All this underlines the role & relevance of separatists in any process of meaningful dialogue on the issue of Jammu & Kashmir.  Now that the separatists have publically shown their willingness, the union government must seize this opportunity and initiate a dialogue in the inertest of the state as well as the country” Mehbooba told reporters  in Pulwama where she had gone to condole the demise of senior party worker Master Abdul Gani Bath.

Commenting on the curbs on civilian movement on the National Highway in wake of Shri Amarnath Yatra, Mehbooba said that while the Yatra has been a symbol of interfaith amity in Kashmir for decades, these curbs have the potential of creating misgivings.

Mehbooba also visited Zainpora Shopian where she met the family of young party worker Irfan hamid Lone who was recently killed by militants. Later she met several public deputations, who raised issues related to development and governance in their respective areas.

Former lagislators of Pulwama, Wachi and other senior party leaders accompanied the former Chief Minister on this occasion.