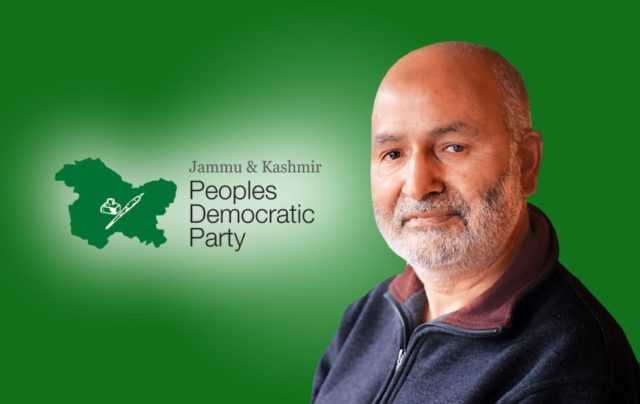 Srinagar: Taking strong exception to the baseless allegation levelled by Congress party that Peoples Democratic Party extended its support to BJP in Ladakh, party said on Wednesday that it was Congress that destroyed the possibility of joint resistance to BJP in Jammu and Kashmir.

In a statement issued here, senior PDP leader Naeem Akhtar said that by fielding Karbalai as independent and Spalzar as official candidate, it is Congress that has broken the alliance against the BJP in Ladakh region of the state.

Akhtar said that the Congress party in Jammu and Kashmir has become a major facilitator in dividing secular votes only because some of its leaders have petty interests and have personal stakes involved. Akhtar added that Ladakh is just an extension of what Congress party did in rest of the state. “Now Mir (State Congress Chief) is audaciously blaming others. To run with the hare and hunt with the hound forms the core strategy of Congress. That is how they facilitated BJP in 2014 also,” Akhtar said.

He said that the PDP had desisted in the year 2014 also from fielding candidate and this time also, the party is supporting an independent candidate who is a young scholar and a prominent social activist, Sajjad Kargilli.